CBR and Plate load testing is carried out for clients who require information relating to sub base materials when undertaking projects such as road and pavement design or many other design projects such as parking / loading areas or temporary foundations.

We have offices right across the UK which means we can offer on-site testing at one fixed rate no matter where your site is.

The CBR Test is the California Bearing Ratio test and Site Testing Services have the experience and knowledge to help you.

Field in-place / On site CBR tests are used for evaluation and design of flexible pavement components such as base and subbase course and subgrades and for other applications (such as unsurfaced roads) for which CBR is the desired strength parameter. If the field CBR is to be used directly for evaluation or design without consideration for variation due to change in water content, the test should be conducted under one of the following conditions: (a) when the degree of saturation (percentage of voids filled with water) is 80 % or greater, (b) when the material is coarse grained and cohesionless so that it is not significantly affected by changes in water content, or ( c) when the soil has not been modified by construction activities during the two years preceding the test. In the last-named case, the water content does not actually become constant, but generally fluctuates within a rather narrow range. Therefore, the field in-place test data may be used to satisfactorily indicate the average load-carrying capacity. 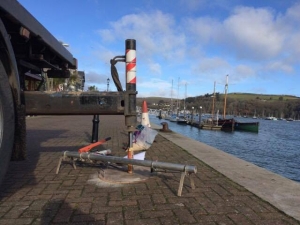 Any construction activities, such as grading or compacting, carried out subsequent to the bearing ratio test will probably invalidate the results of the test.

Note 1—Field in-place tests are used to determine the relative strength of soils, subbase, and some base materials in the condition at which they exist at the time of testing. Such results have direct application in test section work and in some expedient construction, military, or similar operations. Also, as indicated in 4.1, field in-place tests can be used for design under conditions of nominal stability of water, density, and general characteristics of the material tested. However, any significant treating, disturbing, handling, compaction, or water change can affect the soil strength and make the prior to test determination inapplicable, leading to the need for retest and reanalysis.

Note 2—Not withstanding the statements on precision and bias contained in this standard: The precision of this test method is dependent on the competence of the personnel performing it and the suitability of the equipment and facilities used. Agencies which meet the criteria of Practice D3740 are generally considered capable of competent and objective testing. Users of this method are cautioned that compliance with Practice D3740 does not in itself assure reliable testing. Reliable testing depends on many factors; Practice D3740 provides a means of evaluating some of those factors. 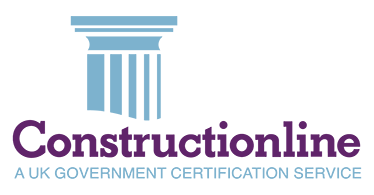